skip to main | skip to sidebar

To pre-register, go to http://www.fema.gov/

The National Flood Insurance Program is administered by the Federal Emergency Management Agency (FEMA), a component of the U.S. Department of Homeland Security (DHS).

First Tropical Storm of the Season

Are you prepared for hurricane season? Our first tropical storm of the season was named early morning on June 26, 2010. Check out our website for helpful links. http://walchgroup.com  Stay up to date with info from The Weather Channel’s Tropical Update at :50 after the hour or http://weather.com or the National Hurricane Center http://www.nhc.noaa.gov/
Posted by The Walch Group at 08:52 No comments:

Story provided by the HeraldTribune.com
State Farm leaving flood insurance program
By Paige St. John
Published: Friday, June 4, 2010 at 1:00 a.m.
State Farm Mutual confirmed Thursday that it will stop administering federal flood insurance policies this fall, leaving government officials to find a new home for 800,000 customers nationwide who bought their coverage through the company.
State Farm does not insure property against floods or storm surge. But it is the nation's largest administrator of such policies written by the National Flood Insurance Program.
In exchange for administrative fees and commissions, State Farm writes federal flood policies and handles claims, including sending adjusters to homes to assess damage.
"Eliminating this work will allow us to focus our resources on the coverage we do write," said Phil Supple, a State Farm spokesman at the company's corporate headquarters in Bloomington, Ill.
The decision further disengages State Farm from Florida's hurricane-prone coastline. The company already had withdrawn its own policies from storm surge zones, leaving it responsible only for administering flood claims in many coastal areas.
State Farm's latest withdrawal could be particularly disruptive in Florida, which was home to 40 percent of the federal program's 2.2 million policies as of 2008, according to state disaster officials.
It was unclear Thursday how government officials would respond. A spokesperson in the Federal Emergency Management Agency's Washington office said she was unaware of State Farm's withdrawal.
Starting Oct. 1, State Farm will begin dropping the flood policies as they come up for renewal, Supple said. Customers will be given 90 days notice that they will be redirected by FEMA to another servicing agent to handle their policies.
Supple said premiums would not change.
The federal government began partnering with private companies in the 1980s to administer the National Flood Insurance Program.
State Farm's participation in the flood program has earned the company managerial fees, as well as policy commissions for its agents. Its handling of those policies was criticized after Hurricane Katrina, when the company classified many homes as flood-damaged, a designation that ensured the federal government, not State Farm, would have to pay.
Payments to other insurers also have come under fire.
A 2009 report by the General Accounting Office concluded some companies had been overpaid. The report found that companies kept an average of 30 to 40 percent of the total flood premium for their own overhead and management expenses. Agents received 15 percent commissions. The insurance companies were paid based on estimates of their administrative costs and also could collect bonuses for adding policies.
The federal flood program has stopped writing new policies, at least until June 7, because Congress failed to pass legislation extending it another year. It has suffered similar suspensions in the past, embroiled in debates including whether to expand the program to cover hurricanes.
Supple said the current suspension did not convince State Farm to withdraw from the program. But Congressional infighting has raised the cost of participation because of "numerous" delays in the program's reauthorization. "It challenges our ability to meet the changes," Supple said.
This story appeared in print on page A1
Copyright © 2010 HeraldTribune.com - All rights reserved.
Posted by The Walch Group at 10:46 No comments:

The storm names for the 2010 Atlantic Hurricane Season. If there are more than 21 tropical cyclones, the National Hurricane Center utilizes the Greek Alphabet - the last time this occurred was during the 2005 hurricane season. Alex, Bonnie, Colin, Danielle, Earl, Fiona, Gaston, Hermine, Igor, Julia, Karl, Lisa, Matthew, Nicole, Otto, Paula, Richard, Shary, Tomas, Virginie, Walter.  Yes, the spelling is correct. :-)
In 2004 and 2005, the Gulf Coast went through one of the most hellacious two-year stretches on record. Four hurricanes slammed the United States in 2004; and the following years, a record number of storms formed, with Katrina, Wilma, Rita and Ike smashing ashore in Florida, Alabama, Mississippi, Louisiana and Texas.
You would think people got the message to be prepared.
With a new hurricane season starting today, a new study concludes too many of us are woefully under-prepared, under-educated, and under-motivated.
And worse, we don't know it.
"Too few people in the most dangerous areas realize they're at risk, and too many people in relatively safe locations think they are at greater risk than they are," Florida State University geography professor Jay Baker, a veteran of such studies, said last week.
Baker's study, commissioned by the Florida Division of Emergency Management, found that nearly two-thirds of residents in zones that would be evacuated in a major storm - of at least Category 3 on the Saffir-Simpson Scale - don't believe they'd be at risk from both wind and water, or didn't know.
And nearly as many inland residents believed their homes also would be unsafe, which leads to unwarranted evacuees clogging roads.
Survey figures are down from 2006, when 44 percent said they were better prepared for a disaster than they had been in the 2004-2005 storm seasons. In 2010, only 38 percent said they were better prepared than in 2000-2005.
Last week, a national Mason-Dixon poll of people from Virginia to Texas similarly found that nearly half the people in America's hurricane strike zone say they don't feel vulnerable to a hurricane or other severe weather; and one in three of us has no family disaster plan or hurricane preparation kit.
The poll came the same day federal forecasters predicted an "active to extremely active" hurricane season, with a 70 percent probability of 14 to 23 named storms, eight to 14 hurricanes and three to seven major hurricanes. The seasonal average is 11, six and two.
Baker's most recent survey asked the same questions as those in a survey he did in the spring of 2006, with storms still fresh in people's minds, he said from Tallahassee.
Among the highlights from respondents:
• About half of residents did not have a definite evacuation plan, up slightly from 2006.
• Very few people, knew the lead times for watches and warnings, and even fewer were aware those lead times are changing this year. Both will be announced 12 hours earlier than before, meaning tropical storm and hurricane watches will be issued when conditions are possible on the coast within 48 hours, and warnings will be issued when conditions are expected within 36 hours.
• Coastal residents said they had emergency lighting, important papers, prescription medicines, battery-powered radios, and adequate gasoline in their cars, but were less likely to say they have enough water and ice, about the same as 2006.
• Most people believe it is reasonable for agencies and organizations to have relief supplies available within 48 hours of a hurricane. When asked whether they expect that, a larger number said no; instead, they expect to be on their own for at least three days. That's similar to 2006.
• Two-thirds said they expected they'd be without power for a week or less after a storm, with 19 percent predicting 24 hours or less. The 2006 responses were similar, but people now were slightly more optimistic about how soon power would be restored.
• Eighty to 90 percent said they've seen broadcast and print information. About 70 percent said they have access to the Internet, but only about a third had gone to local or state emergency management web sites or the National Hurricane Center's web page. That's similar to 2006.
• Most said they have some sort of window protection, more than in 2006; but most had a system that had to be put in place when a storm threatens. The reported amount of window protection was higher in 2010 than in 2006.
Posted by The Walch Group at 23:02 No comments:

It is National Hurricane Preparedness Week, May 23 through 29, 2010. Each year during hurricane season, our neighbors living in coastal and inland communities face the danger of these powerful and dangerous storms. High winds, storm surges, tornadoes and flooding, the hazards of hurricanes may level communities and devastate lives, we must aggressively prepare our communities and protect our families.
During National Hurricane Preparedness Week, we want everyone, individuals, families, communities, and businesses to plan for the storm season before it begins. Hurricane forecasting has improved, but storms may still develop with little warning. For our neighbors in hurricane prone areas, knowledge and preparation are essential to ensure emergency readiness and responsiveness. The National Hurricane Center at the National Oceanic and Atmospheric Administration, as well as the Federal Emergency Management Agency, recommend taking important steps to ensure safety and respond promptly. But even in the best of conditions, it will take FEMA and other first responder’s days to be on site and even longer for rural areas. This is reality, it is up to us to take care of ourselves, our neighbors, friends, seniors and those who may not be as fortunate as we may be. FEMA and the first responders will be there as quickly as possible, let us take of our own until they are able to help us. These precautions include developing a family disaster plan; maintaining an emergency supply kit; securing homes, businesses, and belongings; and learning evacuation routes.
We strongly urge those in hurricane-threatened areas to visit www.Hurricanes.gov/Prepare to learn more about what they can do to protect themselves and their property from hurricanes.
Emergency preparation resources for hurricanes and other natural disasters are also available at: http://www.ready.gov/  Please visit our website http://walchgroup.com/ for other useful links.
The National Hurricane Center is working to give us more notice before impending storms. With the right planning and preparation, we can safeguard lives, protect property, and enhance our resilience to national weather emergencies.
Posted by The Walch Group at 21:25 No comments:

This entry is for adjusters and anyone interested in attending the NFIP Flood Adjuster Training Workshops in 2010.  A change for 2010, not all workshops will offer C.E. (continuing education credits).  Check back here for additional dates and workshops that will offer c.e.

The official link is new this year, check it out at;

Posted by The Walch Group at 04:07 No comments: 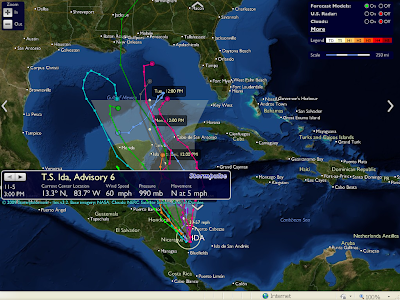 Posted by The Walch Group at 17:15 No comments:

The Walch Group
The Walch Group is an insurance services company specializing in insurance appraisals, consultants, and umpires. We are committed to setting a new standard in claims service.